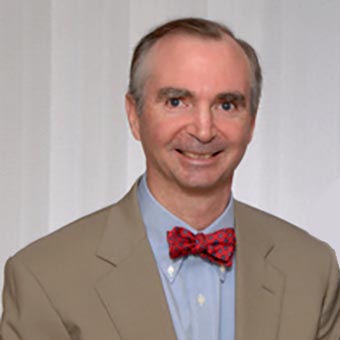 In 2014, the NIH, along with the Foundation for the NIH and partners from industry, non-profit organizations, and academia, launched the Accelerating Medicines Partnership (AMP), a five-year research initiative dedicated to identifying promising targets for drug development. The partnership focused on three disease areas—Alzheimer’s disease, type 2 diabetes, and the autoimmune diseases rheumatoid arthritis (RA) and lupus. The goal for the AMP in RA and Lupus (AMP RA/SLE), which at the NIH is being supported by the NIAMS and the National Institute of Allergy and Infectious Diseases, is to understand the molecular and cellular mechanisms that cause these diseases. Because Dr. Robert Carter, Deputy Director, NIAMS, has played a critical role in the initiation and ongoing activities of this effort, I have asked him to discuss the program’s accomplishments to date and next steps in this exciting endeavor.

It is my great pleasure to highlight the AMP in RA and Lupus program in this month’s letter, since this partnership is fundamentally changing the way we go after drug targets for these diseases. Collaboration has been the hallmark of this effort, and all of our partners are to be commended for their commitment to this vision. The investigators in the AMP RA/SLE Network are studying cells from the joints of RA patients, and the kidneys of patients with lupus nephritis. They are adapting cutting-edge technologies to allow those cells to be analyzed individually, one by one, using high throughput.

The Network’s research comprises three phases: Phase 0, Phase I and Phase II. Because the Network was designed to be highly collaborative, the major goal of Phase 0 was to develop standardized methods and operating procedures that would enable research groups from across the country to work together. Phase 0, completed in March 2016, provided a firm foundation for Phase I.

Phase I had two major goals. The first was to determine the feasibility of using the standardized procedures developed in Phase 0 to collect and analyze tissue samples from patients at research sites in the U.S. and the U.K. The second was to compare cells taken from the tissues of patients with RA or lupus with cells from unaffected individuals. Results are expected to provide a deeper understanding of the cells and biological pathways that are involved in disease, but not in health. A further goal, specific to the RA project, was to establish a U.S. program for ultrasound-guided synovial biopsies. In addition to enhancing sample collection for the AMP, the synovial biopsy program builds capacity for future RA research.

Phase I demonstrated the feasibility of the AMP approach—investigators were able to distinguish disease samples from healthy tissues using various technologies. In addition, investigators began to uncover intriguing biological insights. They identified previously unrecognized cell populations in tissue and blood. They also discovered some aberrant cell subsets and pathways that may be relevant to disease processes.

With the Phase I goals met, in February 2017, the researchers began the transition to Phase II. While the goal of Phase I was to look at differences between cells from those with or without disease, the goal of Phase II is to look for differences, at the molecular level, between patients with the same disease. Understanding variation between patients would facilitate precision medicine — the ability to more precisely tailor treatments to individual patients.

The AMP RA/SLE Network has generated a wealth of methods, resources and data that could benefit the broader research community. The initiative’s partners are actively pursuing opportunities to disseminate this knowledge.

An overarching goal of the program is to quickly make the AMP data available to the broader research community. The Network is planning for data sharing through platforms such as ImmPort and the Database of Genotypes and Phenotypes (dB Gap). We hope that researchers beyond those participating directly in the AMP will use these data to provide additional opportunities to transform research on autoimmune diseases.