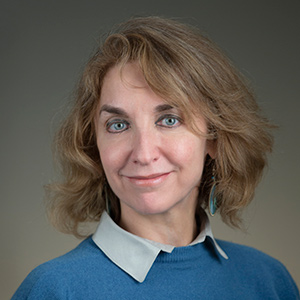 Following a national search, the NIH’s National Institute of Arthritis and Musculoskeletal and Skin Diseases (NIAMS), has appointed Mariana Kaplan, M.D., as the Chief of the newly established intramural Systemic Autoimmunity Branch. Kaplan, a rheumatologist, will head a new research program focusing on adult rheumatic diseases on the NIH campus in Bethesda, Md.

Most recently, Kaplan was a Professor of Internal Medicine in the Division of Rheumatology, Department of Internal Medicine, at the University of Michigan, where she held several active NIH grants. Her research has primarily focused on the mechanisms by which cardiovascular disease is accelerated in people with lupus, the role of innate immunity in the development of lupus-related organ damage, and strategies to curtail tissue damage in people with the disease.

"We are thrilled that Dr. Kaplan is joining us," said NIAMS Scientific Director John O’Shea, M.D. "She is clearly a recognized expert in rheumatology, and we are excited about the prospect of expanding lupus research in the intramural program and NIH Clinical Center."

Kaplan has published more than 85 peer-reviewed papers in rheumatology and immunology, and has served on a number of editorial boards. She is a Fellow in the American College of Rheumatology (ACR) and was awarded the ACR’s Henry Kunkel Young Investigator Award in 2010. In 2011, she was selected to present the Edmund L. Dubois Memorial Lectureship at the ACR’s annual meeting, an honor conferred upon an outstanding young investigator in the field of lupus. She is an elected member in the American Society for Clinical Investigation.

The NIAMS Systemic Autoimmunity Branch will combine natural history or treatment studies with basic investigations into the etiology and/or pathophysiology of rheumatic diseases, with an emphasis on systemic lupus erythematosus and other systemic autoimmune diseases affecting adults.