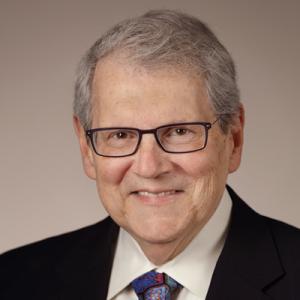 The holiday season was a somber one for the NIAMS family. Many of us can still hear echoes of the joyful voice of our institute director, Stephen I. Katz, M.D., Ph.D., as he sang at a December staff gathering shortly before his untimely passing. His death on December 20, 2018, left all of us numb. For many, Steve was the only institute director we ever knew. His fourth-floor corner office served as the beating heart of our institute from 1995 until his death at the age of 77. As we move forward, staff from across the Institute are pulling together to make sure his commitment to outstanding arthritis and musculoskeletal and skin research continues in the coming months and years. Information about these plans will be coming in subsequent announcements.

As we pay tribute to Steve, we remember that Steve’s dedication to advancing NIAMS’ wide-ranging mission portfolio permeated every office and lab. His service to science extended across the NIH and beyond, as he led more than a dozen director searches and trans-NIH committees, such as the Scientific Data Council and the Clinical Center Governing Board. He guided NIAMS’ participation in several high profile collaborations and public-private partnerships including the Osteoarthritis Initiative (OAI) and the Accelerating Medicines Partnership Rheumatoid Arthritis and Systemic Lupus Erythematosus (AMP RA/SLE) Program.

Steve’s research laboratory in the Dermatology Branch of the National Cancer Institute focused on immunology and the skin, and his work contributed greatly to the field’s understanding of blistering skin diseases. Prestigious awards from research societies, and even the Japanese government, sat proudly in his office. While he was a globally-recognized leader in the field of dermatology research, as NIAMS director he worked hard to make sure all our varied research areas received the support they needed.

Beyond Steve’s scientific accolades, he was a down-to-earth leader known for listening carefully to advisors and experts before making important decisions. He valued people. If he passed you in a hallway at the NIH, he always had a friendly word regardless of your job title.

“Over the years he has ably led an Institute that has made major contributions to research across a broad portfolio of disorders that affect millions of Americans,” wrote NIH Director Francis S. Collins, M.D., Ph.D., in a message shortly after Steve’s passing.

Steve spoke candidly about his winding career path as he rose to international prominence in dermatology circles. His academic record from his high school days in Bethesda offered few hints of the scientific heights he would reach just a few miles away on the NIH campus. Steve told interviewers later in his career that he never even read a book before he attended the University of Maryland as an undergraduate. But once he discovered his passion for learning, it took him around the world to places such as New Orleans, Uganda and England before he came to the NIH in 1974.

As the leader of NIAMS, he helped to position today’s community of scientists to move their respective fields forward. But he always had an eye on the next generation. As a researcher, he mentored students from the United States, South Korea, Japan and Europe, many of whom are now established investigators. And he was committed to fostering training and career development opportunities in the NIAMS intramural and extramural research programs. A recent example is his enthusiastic participation in the Institute’s annual forum for third-year K08 and K23 awardees, where he spent a few days in early December listening to and encouraging these promising clinician-scientists as they pursue research independence.

Without Steve, everything feels different. Yet our collective tasks and goals remain the same as we move forward. Steve’s influence stretched around the world and his efforts in the lab and as a steward of public research funding have helped improve countless lives. His legacy will live on as the scientific seeds he planted continue to bloom for years to come.

REMEMBERING STEVE: If you have a memory of Steve that you would like to share with his family and the community, please email your comments to NIAMSInfo@mail.nih.gov. Please let us know if you prefer that we do not share your comments with the family and/or post them on the NIAMS website. If you choose to allow us to share your comments publicly on the internet, we will not show your email address.