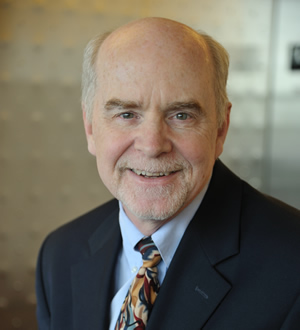 John J. O’Shea, M.D., Scientific Director of the National Institute of Arthritis and Musculoskeletal and Skin Diseases (NIAMS) Intramural Research Program (IRP), has won the 2013 ARTrust™ and Stephen D. Lockey Jr., MD Lecture: Investing Together in our Future Award. He is receiving the award from the American Academy of Allergy, Asthma and Immunology (AAAAI) to recognize his "excellence and diligent work in the field of allergy and immunology." Dr. O’Shea will accept the award on February 24, 2013, during the AAAAI’s Annual Meeting in San Antonio, TX. The award will be announced during a plenary session titled, Epigenetics: How the Environment Affects Gene Expression and the Development of Asthma and Allergic Disease, at which he will be speaking.

“John’s groundbreaking work in immunology has touched many lives”, said NIAMS Director Stephen I. Katz, M.D., Ph.D. “This award is yet another reminder of his dedication to the field”.

A Phi Beta Kappa graduate of St. Lawrence University and the University of Cincinnati Medical School, Dr. O’Shea began his National Institutes of Health (NIH) career in 1981 at the National Institute of Allergy and Infectious Diseases. He established his own laboratory at the National Cancer Institute in 1989, and joined the NIAMS in 1994. At the NIAMS, he was appointed Chief of the Molecular Immunology and Inflammation Branch in 2002, and became Scientific Director in 2005. From 2010-2011, Dr. O’Shea also served as the Acting Director of the Center for Regenerative Medicine within the NIH IRP. He is the recipient of many other awards and has published more than 250 peer-reviewed articles. Recently, he was named a Fellow of the American Association for the Advancement of Science (AAAS), an honor given to AAAS members by their peers.