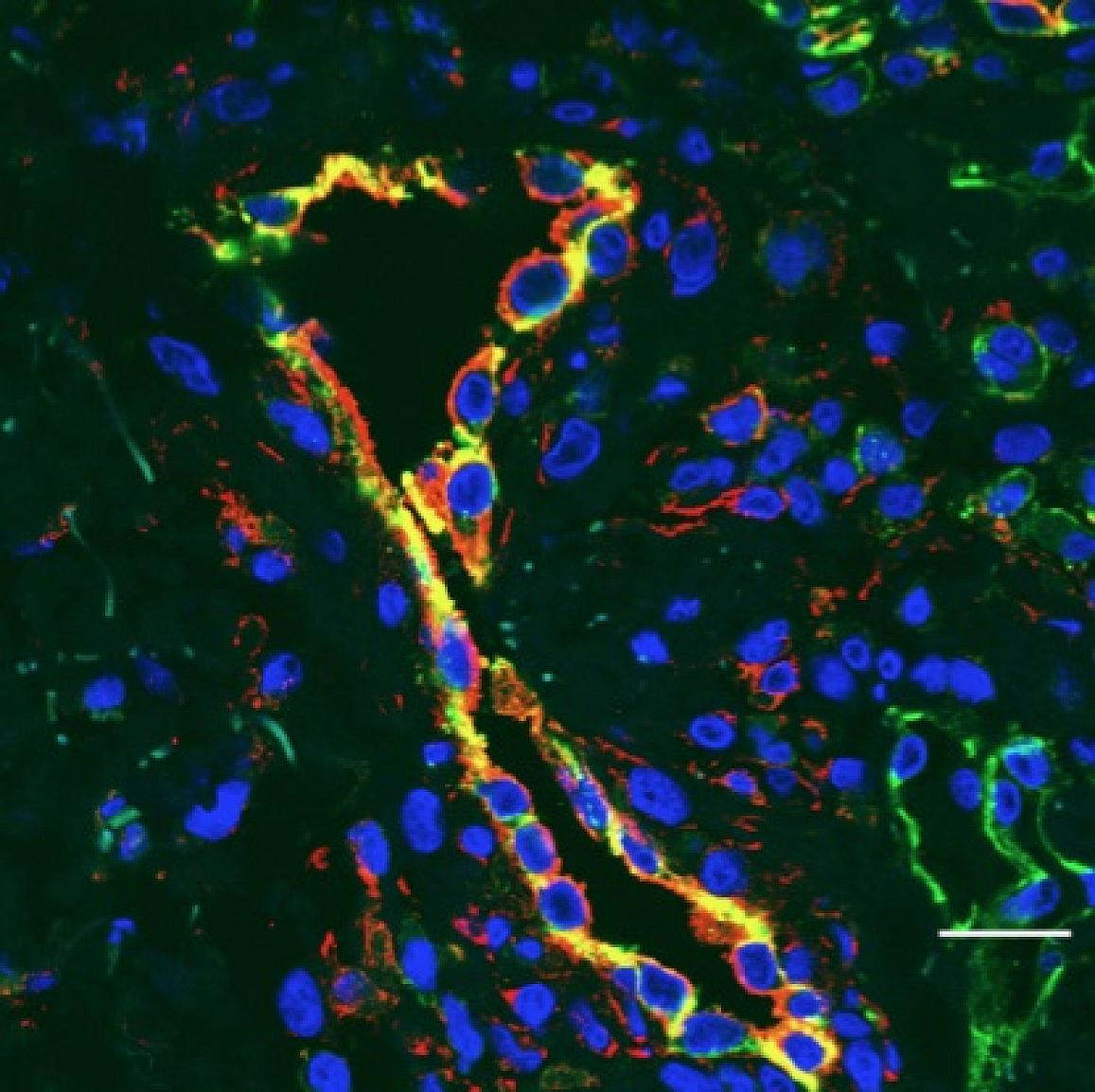 Investigators have identified a gene that underlies a very rare but devastating autoinflammatory condition in children. Several existing drugs have shown therapeutic potential in laboratory studies, and one is currently being studied in children with the disease, which the researchers named STING-associated vasculopathy with onset in infancy (SAVI). The findings appeared online today in the New England Journal of Medicine. The research was done at the National Institute of Arthritis and Musculoskeletal and Skin Diseases (NIAMS), part of the National Institutes of Health.

“Not only do these discoveries have profound implications for children with SAVI, but they could have a broader impact by helping us to understand other, more common inflammatory conditions,” said NIAMS Director Stephen I. Katz, M.D., Ph.D. “Diseases such as lupus share some characteristics with SAVI, so this work may lead to novel insights and possibly new treatments for these debilitating conditions, as well.”

Autoinflammatory diseases are a class of conditions in which the immune system, seemingly unprovoked, becomes activated and triggers inflammation. Normally, the inflammatory response helps quell infections, but the prolonged inflammation that occurs in these diseases can damage the body.

In 2004, Dr. Goldbach-Mansky was called upon to advise on a patient with a baffling problem — a 10-year-old girl with signs of systemic inflammation, especially in the blood vessels, who had not responded to any of the medications her doctors had used to treat her.

She had blistering rashes on her fingers, toes, ears, nose and cheeks, and had lost parts of her fingers to the disease. The child also had severe scarring in her lungs and was having trouble breathing. She had shown signs of the disease as an infant and had progressively worsened. She died a few years later.

By 2010, Dr. Goldbach-Mansky had seen two other patients with the same symptoms. She suspected that all three had the same disease, and that it was caused by a genetic defect that arose in the children themselves, rather than having been inherited from their parents, who were not affected. Her hunch suggested a strategy for identifying the genetic defect. By comparing the DNA of an affected child with the DNA of the child’s parents, scientists would be able to spot the differences and possibly identify the disease-causing mutation.

Chronic inflammation of the blood vessels can lead to tissue loss, as shown here in a SAVI patient’s fingertips. Credit: Gina Montealegre, M.D., and Suvimol Hill, M.D., National Institute of Arthritis and Musculoskeletal and Skin Diseases.

The DNA comparison revealed a novel mutation in a gene that encodes a protein called STING, a known signaling molecule whose activation leads to production of interferon, a key immune regulator. When overproduced, however, interferon can trigger inflammation.

“Blood tests on the affected children had shown high levels of interferon-induced proteins, so we were not surprised when the mutated gene turned out to be related to interferon signaling,” said Dr. Goldbach-Mansky.

When the researchers tested the DNA of five other patients with similar symptoms, they found mutations in the same gene, confirming STING’s role in the disease.

The excessive inflammation observed in patients, along with other evidence of interferon pathway activation, indicated that the mutations in STING boosted the protein’s activity.

Interferon normally works to restrict an invading pathogen’s ability to replicate by triggering a function that stimulates immune cells. But prolonged activation of the pathway leads to chronic inflammation and damage to tissues and organs.

The researchers found that STING was present in high levels in the cells lining the blood vessels and the lungs, which would likely explain why these tissues are predominantly affected by the disease.

Dr. Goldbach-Mansky’s team next looked for ways to dampen the inflammatory response in people with SAVI.

“When mutations that cause autoinflammatory conditions hit an important pathway, the outcome for patients can be dismal,” said Dr. Goldbach-Mansky. “But because SAVI is caused by a single gene defect and interferon has such a strong role, I’m optimistic that we’ll be able to target the pathway and potentially make a huge difference in the lives of these children.”

Several drugs — tofacitinib, ruxolitinib and baricitinib — are known to work by blocking the interferon pathway, so the researchers reasoned that these medicines might be effective in people with SAVI, as well. When they tested the effect of the drugs on SAVI patients’ blood cells in the lab, they saw a marked reduction in interferon-pathway activation.

Structure of the STING protein showing the locations of the mutations found in SAVI patients (red balls). All the mutations lie in the same part of the protein, suggesting that this region plays a key role in regulating STING’s activity. Credit: Zuoming Deng, Ph.D., and Michael DiMattia, Ph.D., National Institute of Arthritis and Musculoskeletal and Skin Diseases.

In future work, Dr. Goldbach-Mansky’s team will further delve into STING’s exact role in the interferon pathway and examine how the mutations that cause SAVI lead to interferon overproduction.

“These mutations help us to understand the disease, but they also give us the rare opportunity to study the biology of the STING-mediated immune response,” said Dr. Liu. “We don’t really understand how STING is activated or how the signal gets passed on to downstream molecules, but this work will help advance our understanding of this critically important pathway and its impact on other diseases.”

This work was supported by the NIAMS intramural program under project number ZIAAR041138.

For more information on the trial enrolling SAVI patients, visit the following entry in the NIH clinical trials registry: NCT01724580.