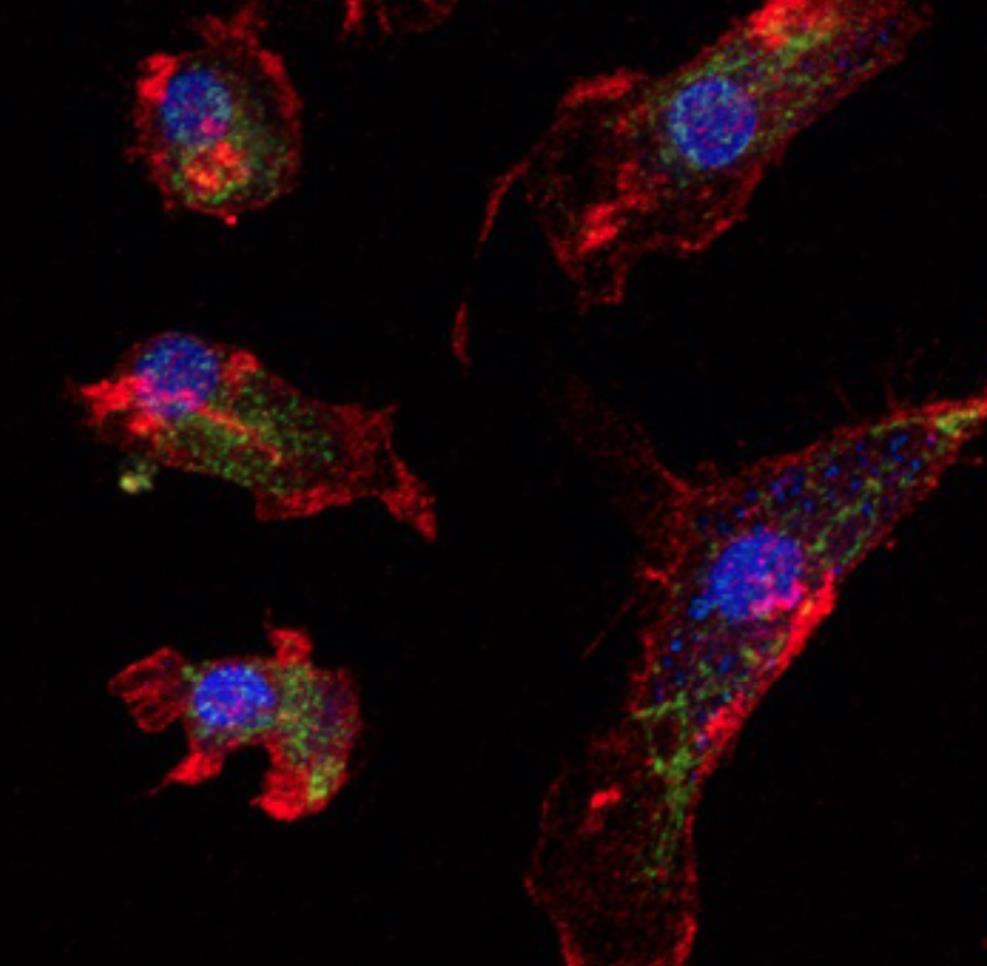 Inflammation is a function of the immune system that evolved to quickly respond to potentially harmful agents like bacteria or toxins by stimulating the production of potent molecules called cytokines. While inflammation normally helps protect the body, certain genetic mutations in proteins that sense the dangerous substances or generate the inflammatory response cause chronic inflammation that can lead to autoinflammatory disorders.

Now, a team led by Raphaela Goldbach-Mansky, M.D., of the Translational Autoinflammatory Disease Section at the National Institute of Arthritis and Musculoskeletal and Skin Diseases (NIAMS), has uncovered a gene linked to a potentially life-threatening autoinflammatory disorder called macrophage activation syndrome (MAS). The gene mutation was found in a child who presented with symptoms of MAS, but whose lab tests indicated a more unusual underlying cause for the disorder. The new research was published online on September 14, 2014, in Nature Genetics.

The gene, NLRC4, is part of a sensor complex that detects microbes and triggers the production of two cytokines, IL-1β and IL-18. The study revealed that mutations that continually activate the NLRC4 complex lead to a fever syndrome and MAS, which is associated with blood cell count abnormalities and other problems. If left untreated, the syndrome can be fatal.

Preliminary testing suggests that targeting IL-1β and IL-18 could be an effective therapeutic strategy for the disorder. When the child was treated with a drug that blocks IL-1β, her symptoms partially improved, and lab tests showed reduced inflammation. The researchers speculate that targeting IL-18 as well may lead to an even better outcome.

NIAMS researcher Adriana Almeida de Jesus, M.D., Ph.D., describes the autoinflammatory symptoms of the patient, and how the specific genetic mutation responsible for the disorder was identified.
NIAMS researcher Scott Canna, M.D., describes the approach to care for the patient, and discusses the implications of this research for understanding other autoinflammatory diseases.

This work was supported by the NIAMS intramural program under project number 1ZIAAR041138-12. Support was also provided by the Arthritis National Research Foundation.