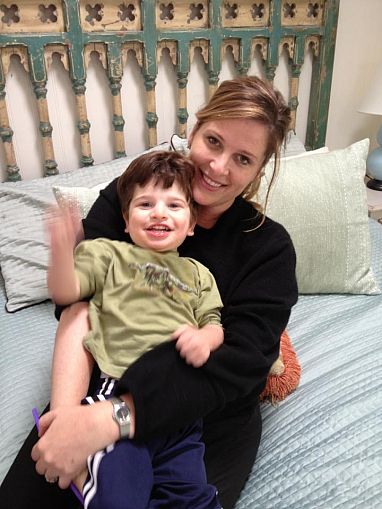 For people with suspected rare genetic conditions, getting an accurate diagnosis can be difficult and frustrating. Doctors can find it challenging to match a complicated set of symptoms to the thousands of known genetic conditions. Yet determining the cause of a condition is a critical step in developing a treatment plan and anticipating whether additional medical problems are likely to develop. It can also help the family understand the risk to other family members.

Genetic sequencing is expected to greatly improve the rate of diagnoses for rare conditions in the future. In contrast to whole-genome sequencing, which analyzes the 3 billion base pairs in the human genome, whole-exome sequencing focuses on the DNA in the 1% of the human genome that codes for proteins. Most disease-causing, single-gene mutations are located in these areas.

In 2 NIH-supported studies, different research teams analyzed the results of whole-exome sequencing in a clinical setting. The scientists evaluated the exomes of a total of nearly 3,000 people suspected of having a genetic disorder. Most were pediatric patients under age 18. In many cases, their parents’ genetic sequences were also assessed. Despite sometimes years of medical consultation and testing, none of these patients had yet received a definitive diagnosis.

As reported in the October 18, 2014, online edition of the Journal of the American Medical Association, both studies found that whole-exome sequencing led to a potential molecular diagnosis for about 1 in 4 participants.

One study evaluated 2,000 people who were referred by physicians to the Baylor College of Medicine for clinical whole-exome sequencing. In 504 cases (25%), the researchers detected variants in known disease-causing genes that appeared to be aligned with the patients’ symptoms. More than half (53%) of the disease-linked conditions were autosomal dominant, meaning they likely arose from just one abnormal gene. In nearly 75% of these cases, the abnormal variant was new (“de novo”), meaning it wasn’t inherited from either parent. The scientists also found that 5% of subjects with diagnoses carried 2 different genetic diseases.

The other study analyzed the exomes of 814 patients referred to the genomics center at the University of California, Los Angeles. Clinical sequencing resulted in a molecular diagnosis for 213 patients (26%).  Diagnostic rates were higher (31%) for the subset of patients whose parents’ exomes were also sequenced (127 of 410 cases).

Both research teams note that additional studies will be needed to validate their findings. Further work will also be needed to determine how genomic sequencing can best be applied in clinical situations.

“I expect that in a few years, we will learn of the importance of whole-exome sequencing in adult medicine and in fields of pediatrics outside of development,” says Baylor’s Dr. Sharon Plon, a coauthor of the first study. “We are currently performing an NIH-supported clinical trial of whole exome sequencing in childhood cancer patients to learn of its potential utility for these patients.”