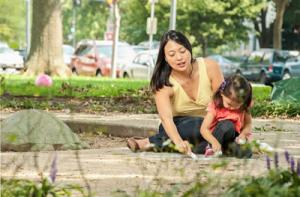 Researchers believe a form of juvenile idiopathic arthritis should be treated as an autoinflammatory disease, not as an autoimmune condition. Credit: Shutterstock

Michael Ombrello, M.D., head of the Translational Genetics and Genomics Unit in the Intramural Research Program at NIAMS, led an international research collaboration to study genetic risk factors and learn how sJIA differs from the rest of the conditions within the JIA family. JIA is a group of conditions that causes severe joint pain in children. sJIA patients also experience significant systemic inflammation.

About half of children living with sJIA will develop destructive, long-term arthritis like children with other forms of JIA. Most forms of JIA are considered to be autoimmune conditions, which means the body’s adaptive immune system triggers autoantibodies that drive inflammation. In contrast, the clinical symptoms and current treatments for sJIA match those of autoinflammatory diseases, in which the body’s innate immune system activates an overproduction of inflammatory cytokines, not autoantibodies. This has led some experts to argue that sJIA should be reclassified. The study adds more evidence to this line of thinking and suggests that scientists should explore novel sJIA treatment options.

"It is time to reconsider the classification of sJIA as a member of the juvenile idiopathic arthritis family," Ombrello explained. "The results of this study set the stage for new avenues of research into this severe childhood condition."

Scientists conducted a genome-wide association study, commonly known as GWAS, examining the DNA of 982 children from nine countries who have sJIA, as well as 8,010 healthy children, to identify single nucleotide polymorphisms (SNPs) — single letter changes in a person’s DNA — that are associated with the condition. The study identified 24 SNPs linked to sJIA, including a strong association with the major histocompatibility complex locus and a second locus located on chromosome 1. Unexpectedly, these 24 newly-identified genetic regions for sJIA did not overlap with regions previously linked to other forms of JIA. This suggests that sJIA is genetically distinct. Identifying these locations is a key step toward understanding the specific pathways involved with sJIA.

This study was the result of the International Childhood Arthritis Genetics Consortium, which involved U.S. researchers collaborating with colleagues from England, Germany, Italy, Turkey, Argentina, Canada, Brazil and Spain. Researchers from NIH’s National Human Genome Research Institute also participated in this study. The research was funded by NIH, including project numbers Z01AR041198 and Z01HG200370.