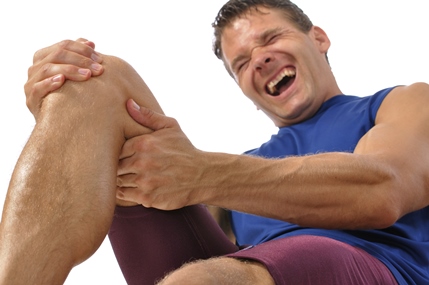 Musculoskeletal conditions like spinal stenosis and anterior cruciate ligament (ACL) tears in the knee affect people of all ages and can be debilitating. Recently reported long-term data from two large-scale studies funded in part by the NIH’s National Institute of Arthritis and Musculoskeletal and Skin Diseases provide clinically valuable insights into the outcomes associated with treatments for these common, and sometimes costly, orthopaedic problems.

Benefits of surgery for spinal stenosis diminish over time

Data from the Spine Patient Outcomes Research Trial (SPORT) suggest that patients with severe low back pain caused by common spinal conditions who undergo surgery initially have better outcomes compared to those who do not have surgery. However, the advantages of surgery decrease with time for a condition known as spinal stenosis, according to a study published in the journal Spine.

SPORT, the largest study of its kind, compared the outcomes of surgical and nonsurgical treatments for three common causes of low back pain: disk herniation, spinal stenosis and degenerative spondylolisthesis. For patients with spinal stenosis, the study followed two groups of people. In one group, patients were randomized either to surgery (138 people), or to nonsurgical treatment such as physical therapy and nonsteroidal anti-inflammatory drugs (151 people). Patients were permitted to change their treatment plan if their symptoms did not improve. Overall, about half of those initially randomized to nonsurgical care eventually had surgery.

Patients not willing to be randomized but who otherwise qualified for the study were assigned to an observational track, in which they chose their treatment and were followed over time in the same way as the randomized patients. In this group, 219 patients initially chose surgery, and 146 patients chose nonsurgical care; 27 percent of nonsurgical patients eventually had surgery, as well.

For the first five years in the randomized group, those treated surgically showed significantly greater improvement in pain, function, satisfaction and progress compared to patients treated nonsurgically. After that, however, the advantages for surgery began to diminish. Eight years after the study, with data from 55 percent of the randomized group available, no statistically significant differences in outcomes remained between the two groups.

In contrast, the advantages of surgery were maintained throughout the eight-year follow-up period among the patients in the observational track. This difference in outcomes likely reflects greater underlying differences between the people in the two observational groups compared to the randomized cohorts, said the researchers.

“When considering the results, one should take into account the substantial number of patients who did not adhere to their original assigned treatment,” said first author Jon Lurie, M.D., of Dartmouth College. “Nevertheless, with patients from 13 centers in 11 states, SPORT represents the largest study of its kind, and its results can be generalized to a great extent.”

Repairing meniscal tears during ACL reconstruction has lasting benefits for most

Data from the Multicenter Orthopaedic Outcomes Network (MOON) indicate that a large majority of patients who have surgery to reconstruct the ACL and to repair concurrent meniscus tears continue to have successful outcomes six years later. Results were reported in the American Journal of Sports Medicine.

Rupture of the knee’s ACL is a common sports-related injury, and meniscal tears often occur at the same time. Although some patients are able to rehabilitate successfully with physical therapy and rest, most active people undergo surgery to reconstruct the ligament, hopefully restoring knee function. If both the ACL and meniscus are damaged, many patients undergo meniscus repair at the same time as ACL reconstruction.

In the MOON study, the researchers followed 286 patients who underwent ACL reconstruction and meniscal tear repair simultaneously on the same knee. After six years, 82 percent of patients were available for follow up. Among them, 86 percent reported positive outcomes and continued successful functioning. This success rate is higher than what was found in similar studies conducted in the 1980s and 1990s. The researchers suggest that this may be due to surgical techniques improving over time. In addition, they propose that combining ACL reconstruction and meniscal repair may have a protective effect, as patients undergoing both may have a longer rehabilitation time after the surgery, providing more time for meniscal healing.

“Patients reported successful outcomes two years after surgery, and these findings held true over the long-term. Orthopaedic surgeons may expect good outcomes up through at least six years,” said study author Brian Wolf, M.D., of the University of Iowa. The researchers plan to continue monitoring the patients for several more years.

SPORT was supported by NIAMS grants U01AR045444, P60AR048094 and P60AR062799. The National Institutes of Health’s Office of Research on Women’s Health, and the U.S. Centers for Disease Control and Prevention’s National Institute of Occupational Safety and Health also provided support.