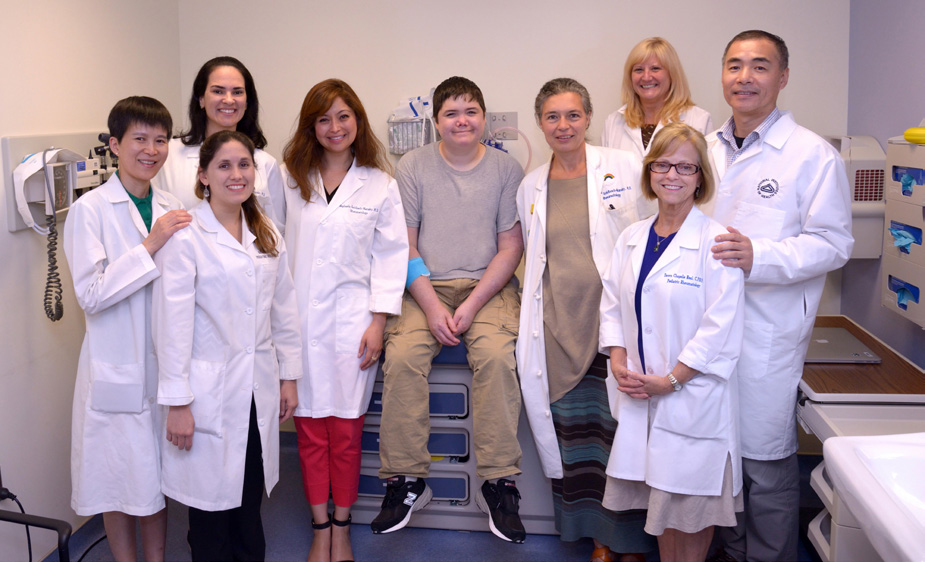 Investigators have identified a gene that underlies a very rare but devastating autoinflammatory condition in children. Several existing drugs have shown therapeutic potential in laboratory studies and one is currently being studied in children with the disease, which the researchers named STING-associated vasculopathy with onset in infancy (SAVI). The findings appeared online July 17 in the New England Journal of Medicine. The research was done at NIAMS.

“Not only do these discoveries have profound implications for children with SAVI, but they could have a broader impact by helping us to understand other, more common inflammatory conditions,” said NIAMS director Dr. Stephen Katz. “Diseases such as lupus share some characteristics with SAVI, so this work may lead to novel insights and possibly new treatments for these debilitating conditions as well.”

In 2004, Goldbach-Mansky was called upon to advise on a patient with a baffling problem—a 10-year-old girl with signs of systemic inflammation, especially in the blood vessels, who had not responded to any of the medications her doctors had used to treat her. By 2010, Goldbach-Mansky had seen two other patients with the same symptoms. She suspected that all three had the same disease, and that it was caused by a genetic defect that arose in the children themselves, rather than having been inherited from their parents, who were not affected. Her hunch suggested a strategy for identifying the genetic defect. By comparing the DNA of an affected child with the DNA of the child’s parents, scientists would be able to spot the differences and possibly identify the disease-causing mutation.

“When mutations that cause autoinflammatory conditions hit an important pathway, the outcome for patients can be dismal,” said Goldbach-Mansky. “But because SAVI is caused by a single gene defect and interferon has such a strong role, I’m optimistic that we’ll be able to target the pathway and potentially make a huge difference in the lives of these children.”